Five out of five stars.
Rating Note: Five stars means it's the best of the best. Four is great, three good, two not so good, one awful.

It had been a while since I felt the pull of a truly wonderful book that latches onto your soul and doesn't let go, and all three books in Schwab's Shades of Magic series did just that for me. Between magicians who can wield fire and water and metal and more, magic that's alive, infuriating characters who you can't help but root for, and troubled and delightful relationships, these books were all that and a bucket of awesome sauce.

The only downfall to these books is the number of typos and missing words was a little more than I cared for, but even that wasn't over the top. There were also a couple of instances of inconsistency, such as one character being described as being in a certain position, and then a second character doing something to that character that would be impossible to do given the position that first character was in.

But I digress. These are all small, nitpicky things, so let's get to the good stuff.

We'll start with the magic system. This series has a complex one, complete with elemental abilities with some twists: fire, water, air, earth, metal, bone, blood. The books describe them as a cycle - one element flows into another, but most people can only wield one, or maybe two if they're gifted.

The Antari are the only ones who can wield them all, and the only ones who can control blood, period. This bloody power allows them to travel between the multiple dimensions of the world, each of which has its own version of London. Grey London is basically the London we all know (of course, because our world is dull and colorless and without magic, too).

Kell is one of those Antari, and my heart breaks for him so many times during the course of this series. But there were also moments where I felt proud of him, and angry with him.

Yet there is no character who is more infuriating than Delilah Bard. She is hands down my favorite character in the series, and one of my favorites out of all the characters in all the books I've read. She's prone to recklessness and fits of not thinking before acting. But she grows as a character, and oh, it's a beautiful thing. And a small part of me (a hidden part, locked away for safety) understands her in a personal way.

And then there's Rhy, Alucard, Hastra, the king and queen... I could go on and on about each of these characters, but to keep it short I'll simply say that they're all wonderful and real, and by the end I felt I was friends with all of them.

To talk about the relationships in detail would spoil things, but there is romance woven throughout and there were definitely times where I found myself urging these pairings to have their moments alone in bliss. And when they did, it was epic.

Okay! To say I'm fangirling over this series is a bit of an underestimate, but I'll stop now. It's time to move on to the next book, but I know this series will stay in my heart for a long, long time.

Have you read the Shades of Magic Series? If so, what did you think? And if not, do you think you will at some point? I'd love to hear your thoughts on the series in the comments below! I won't be hurt if you're not as big a fan as I am. ;) 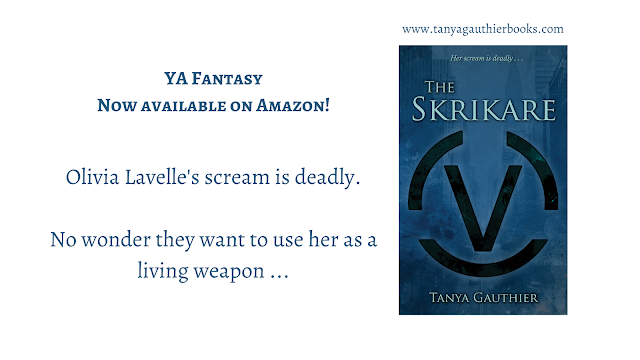